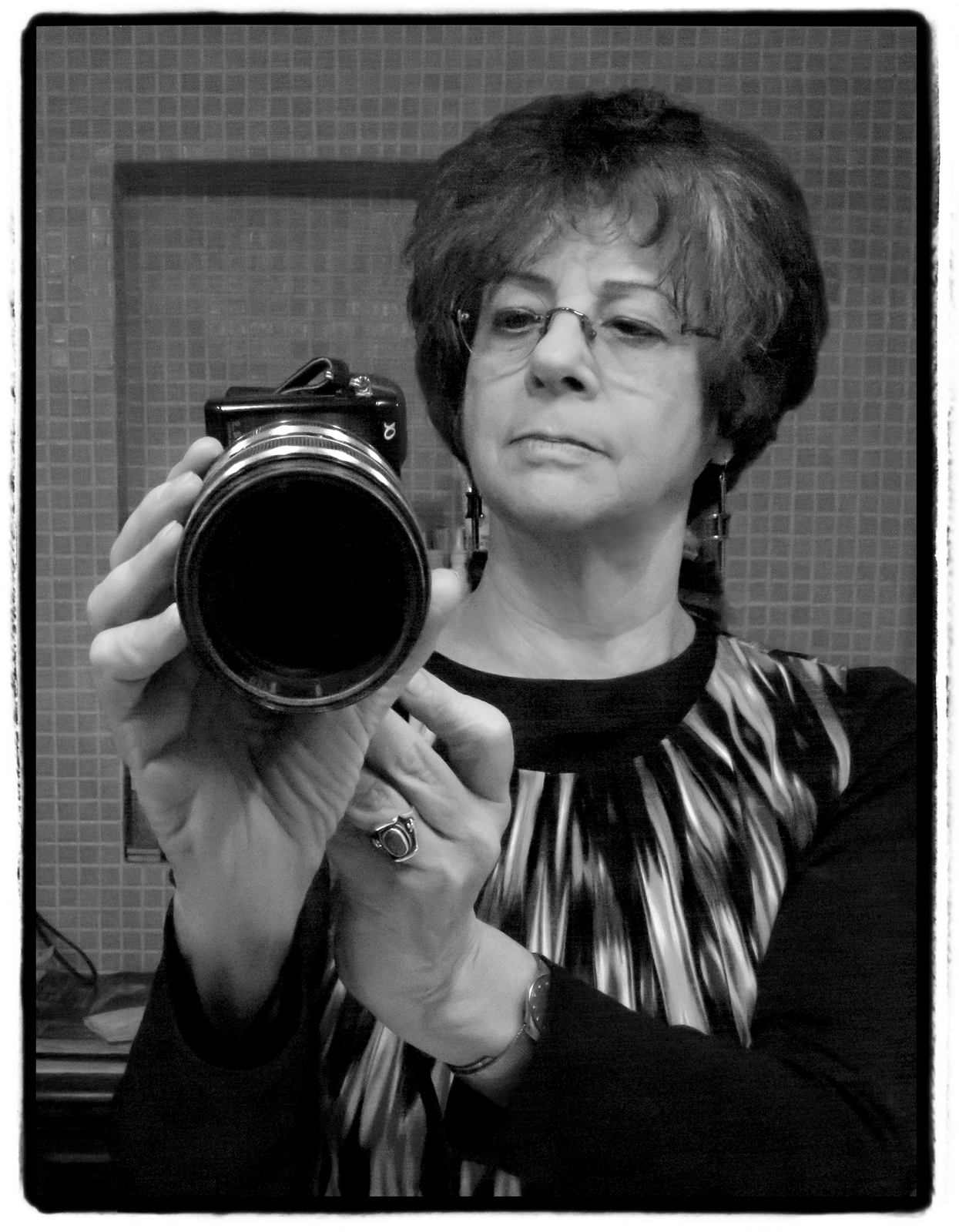 Amalie R. Rothschild has a multi-faceted background in Graphic Design, Photography, Computer Imaging, Motion Picture and Video Production. She has a BFA (1967) in Graphic Design from Rhode Island School of Design where she spent her senior year on their European Honors Program in Rome, Italy. She studied photography with Harry Callahan and has an MFA (1969) in Film Production from New York University’s Graduate Institute of Film and Television where she also studied photography with Paul Caponigro. From 1968 to 1974 she worked extensively as a free-lance photographer in the music field, her photographs appearing in The New York Times, Newsweek, Time-Life Books, Life Magazine, The Village Voice, Rolling Stone, After Dark and many other publications.

From 1969 to 1971 she worked with the Joshua Light Show at the Fillmore East Theater in New York producing special effects photography, slides, graphics, films and film loops used during performances and was considered the theater’s unofficial house photographer. She had unlimited access onstage and backstage to all the happenings at the Fillmore East and was also on staff at the 1969 Woodstock Festival. During that period she photographed most of the major rock music events on the East Coast including the 1969 Newport Festival, Tanglewood 1969 & 1970, The Who’s 1969 US premiere of their rock opera Tommy, the Rolling Stones at Madison Square Garden in November 1969, Bob Dylan’s 1974 tour, and, in England, the 1969 Isle of Wight Festival. Rolling Stone featured one of her photographs of Bob Dylan on the cover of Issue 43. Bobbs Merrill devoted 30 pages to her work in their 1972 book The Photography of Rock. She was one of the two photographers for the 1987 Prentice Hall book The Food Lovers Guide to the Real New York and is the principal photographer for Woodstock: 50 Years of Peace and Music (Imagine Publishing, 2019).

A selection of her work is in the Abbeville Press book Radical Rags (1990), Bill Graham Presents: My Life Inside Rock and Out (Doubleday, 1992), Cherokee Mist: The Lost Writings of Jimi Hendrix (HarperCollins, 1993), Sweet Chaos: The Grateful Dead’s American Adventure (Clarkson Potter, 1998), Dylan (Metro Books, 1998), Woodstock: An Inside Look at the Movie that Shook Up the World and Defined a Generation (1999, Michael Wiese Prod), A Long Strange Trip: The Inside History of the Grateful Dead (Broadway Books/Random House, 2002), Jimi Hendrix–Musician (Backbeat Books, UK, 2004), Classic Hendrix (Genesis Publications, 2004), Grateful Dead Gear (Backbeat Books U.S., 2006), Echoes: The Complete History of Pink Floyd (Mind Head Publishing, UK, 2007), The Grateful Dead: 365 Days (Abrams, 2008), Fire and Rain (Da Capo Press, 2011), Eric Clapton Treasures (Carlton Books, 2013), and Roger Daltrey: Thanks A Lot Mr. Kibblewhite (St. Martins/MacMillan, 2018) among many others. In 1999 Acid Test Productions/Thunder’s Mouth Press published a hardcover monograph of her photographs, Live at the Fillmore East: A Photographic Memoir. In 2000 it came out in a softcover edition and has been reprinted six times. Her catalog Amalie R. Rothschild: A Photo Collection… dates to 2006, with a second edition from 2014.

A skilled and veteran filmmaker, she has been producing and directing documentaries since 1969 with special emphasis on films about social issues as revealed through the lives of people in the arts.  Her groundbreaking It Happens to Us made in 1971 with an all-woman crew, was the first American film to argue that women should have the right to control their own bodies and end a pregnancy. Her film PAINTING THE TOWN: The Illusionistic Murals of Richard Haas (1990) is about the architectural trompe l’oeil mural artist whose witty work is transforming the American urban landscape. It premiered at the 1990 Sundance Film Festival and screened in the New Directors/New Films Series co-sponsored by the Film Society of Lincoln Center and The Museum of Modern Art. It won a Golden Gate Award at the 1990 San Francisco International Film Festival, a CINE Golden Eagle, a Blue Ribbon and the “Emily” Best of Festival Award at the 1990 American Film and Video Festival, and the 2nd Award at Media Save Art at the Palazzo delle Esposizioni in Rome in 1991.  Its PBS broadcast was in 1991. In both 1990 and 1992 it was shown for a month on all long-haul flights to Hong Kong by Cathay Pacific Airlines, and in 1993 was licensed by British Airways. In 1998 it was acquired by RAISAT in Italy. Her film CONVERSATIONS WITH WILLARD VAN DYKE, about the photographer (co-founder of Group f/64), filmmaker (The City, Valley Town) and first director of the Department of Film at the Museum of Modern Art, won the BEST in Fine Arts and the BRONZE Award at the 1981 San Francisco International Film Festival and was broadcast by the BBC, the Australian Broadcasting Corp., TV New Zealand, WNET Channel 13, NDR German TV and RAISAT. It is distributed by The Museum of Modern Art in New York and New Day Films. All of her films, including others like WOO WHO? MAY WILSON (1969), IT HAPPENS TO US (1972), and NANA, MOM AND ME (1974), have been shown throughout the world in film festivals such as: London, Edinburgh, Nyon, Rotterdam, New Delhi, Sydney, Melbourne, Wellington, Tampere, Pesaro and the Festival dei Popoli in Florence, Italy, and have been showcased in Museums across the United States including The Museum of Modern Art, the Whitney, the Smithsonian Institution, the Chicago Art Institute, St. Louis Museum, Walker Art Center, High Museum in Atlanta, Boston Museum of Fine Arts, Corcoran Gallery of Art, Baltimore Museum of Art, Amon Carter Museum, Pacific Film Archive and the National Gallery of Art, among many others. In 2018 there were several film series honoring women’s pioneering films from the 1970s and Woo Who? May Wilson was shown at the Barbican Centre in London, and It Happens to Us at the Metrograph Cinema in NYC and the Alamo Theater in San Francisco. In addition, between 2018–2021 Rothschild’s films have been digitally restored in 4K under the auspices of IndieCollect in NYC, and are streaming on the New Day Films website and through Kanopy. They will be available soon in DVD and Blu-ray box sets.

She is one of the original four founders in 1971 of New Day Films, the pioneering self-distribution cooperative still going strong after 50 years, and has received many production grants including the American Film Institute Independent Filmmaker grant (1973); National Endowment for the Arts 1977, 1978, 1980, 1985, 1987; New York State Council on the Arts 1978, 1987; Ohio Joint Program in the Arts and Humanities 1985; Pinewood Foundation 1978; and John Hay Whitney 1978, 1980. From 1976-78 she taught film production at New York University, and in 1977 she was invited by Margaret Mead to lecture and show her film NANA, MOM AND ME at the “Kin and Communities” Symposium at the Smithsonian Institution in Washington, D.C. In 2007 the film won an award for its pioneering role in autobiographical cinema at the Biografilm Festival in Bologna, Italy, where she also had a retrospective of her films and an exhibition of her music photographs. The 4K restoration premiered in a series at the Museum of Modern Art in NYC in 2019. She has been honored with a one-woman exhibition of her films at the Sheldon Film Theater in Lincoln, Nebraska, a “What’s Happening” program at The Museum of Modern Art, and other dedicated shows of her work at the Pacific Film Archive in Berkeley, CA, the High Museum in Atlanta, Film Forum NYC, among others. In 2008 she had a mini retrospective at the International Festival of Women’s Films in Florence, Italy, with a reprise for their 40th anniversary in 2018.

She lectures and shows her work frequently at museums, libraries, schools, colleges and universities.  Between 1982 and 1987 she did programs under the auspices of the U.S. Information Service in New Zealand, Turkey, India, Indonesia, Hong Kong and the People’s Republic of China. She also does workshops and seminars on photography and digital imaging at the university level. She is listed in Who’s Who in America, Who’s Who of American Women, Who’s Who in the World, and Who’s Who in Entertainment. In addition, she speaks Italian fluently and since 1983 divides her time between New York and Italy where she is developing new projects. In 2002, after 19 years in Rome, she moved to Florence and has, currently, in the works: a feature length film based on her Fillmore East book, a video documentary on the cult of the olive and olive oil production, and on-going digital photography working with Adobe Photoshop, in addition to preparing exhibitions and printing her photographs in a traditional wet darkroom. She also spent 10 years in collaboration with Angelo Pontecorboli creating a major art book published in 2012, Amalie Rothschild, documenting the work and legacy of her artist mother and namesake who died in November 2001. She is continuing research on her mother's catalogue raisonnée which will be published online in the near future.    Her rock music photo archive of around 20,000 pictures remains a major part of her professional life through licensing for books, magazines, film, television, and other media. After many years with the Bettmann/Corbis agency, and the Star File Agency, since 2019 she works with Global ImageWorks and is one of their two Premium Photographers. Over 100 of her photographs and brief sequences of her 16mm rock music material are featured in the 2019 documentary The Show’s the Thing: The Legendary Promoters of Rock by Molly Bernstein and Philip Dolin. And she is the featured photographer in the book Woodstock: 50 Years of Peace and Music (Imagine Publishing, 2019).

Rothschild’s rock music photographs are included in many exhibitions nationally and internationally. Her first solo exhibition was from June 18 to August 10, 1997 at the SoHo Triad Fine Arts Gallery in New York City. From February 8 to May 12, 1999 she had a solo show in the corporate headquarters gallery of the music television cable channel VH1 Music First in the Viacom Building in NYC, and a selection of her work hangs in Hard Rock Cafes in NYC, St. Louis and Rome, Italy. From October 3 to November 3, 2019 she had a solo show Woodstock e gli Altri (Woodstock and the Others: An Homage to 1969) in the gallery of the Tuscan Regional Government in central Florence. Click here for her Exhibitions List.

In July 2000 her photograph of Tina Turner and Janis Joplin singing together was given as a gift to President Clinton and displayed in the Music Room at the White House. It is also in the private collections of Lenny Kravitz, John Sykes, Tommy Hilfiger, Dr. Jonathan Samet and many others. Her work is seen frequently on covers and in the booklets of compact disc reissues by Sony Music, Columbia, Elektra, Parlophone, Polydor, Grateful Dead Merchandising, Rhino and other record labels and in magazines like Mojo, Rolling Stone, Classic Rock, Prog, Elmore, Hittin’ the Note, Relix and Uncut. Previously with Soho Triad Fine Arts Gallery in New York, Govinda Gallery, Washington, D.C., Gomez Gallery, Baltimore, MD, David Gallery, Los Angeles, CA, Michele Mosko Fine Art in Denver, CO, all now closed, and Staley-Wise Gallery and the Bonni Benrubi Gallery, both in NYC, she is represented since 2014 by the Morrison Hotel Gallery in New York and Los Angeles, and also the Monroe Gallery of Photography in Santa Fe, NM, Heart of Gold Gallery, Mt. Pleasant/Charleston, SC, Goya Contemporary in Baltimore, MD, and Snap Galleries in the United Kingdom.

While based professionally in New York City, she has lived and worked in Italy 7 to 8 months of the year since 1983 and is married to the Italian publisher, graphic artist and architect Angelo Pontecorboli.